Gary K. Hart, former state education secretary, legislator, and author of California’s Charter Schools Act died Thursday night after battling pancreatic cancer. His broad and deep track record as one of California’s most consequential policy leaders is summarized in an obituary that he drafted prior to his death (copied below).

We remember Gary and his 30 years of support of both chartered schools and CSDC. He served on CSDC’s board, was a keynote speaker at our conference in 2012 celebrating chartering’s 20th anniversary, and was an instrumental supporter from CSDC’s earliest years. He even returned to a few of CSDC’s conferences in subsequent years as an incognito guest, curious to monitor the remarkable. 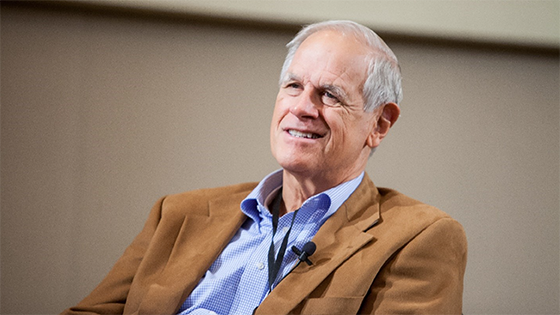 Gary Hart at CSDC's Conference in 2012 reflecting on the 20th anniversary of
enactment of his Charter Schools Act.

A former high school teacher, Gary cared deeply about public education. In 2019, Gary, Sue Burr, and I gathered with Ember Reichgott Junge (former legislator and author of Minnesota’s initial charter legislation) in California’s Capitol to discuss the history of California’s charter legislation. An engaging video recording of this session may be viewed online at the National Charter Institute’s Founder’s Library.

During this session, Gary reiterated his long-term support for chartering. Throughout his career, Gary was known for taking gutsy stands, even when influential lobbies or expediency indicated otherwise. He expressed his hopes for leadership from both California lawmakers and public education leaders:

I think a real profile in courage is when you can sometimes speak truth to power, to your base. It’s so easy to get captured by your own constituency. And I think one aspect of real leadership is to be able to speak as adults to people in your own group that you feel are too far out there. I wish we would see more of that in our politics.... If we’re really going to make some progress, we have to have leaders that come forward that are going to say things that are going to be uncomfortable for some.

I had the pleasure of working with Gary and his top-notch staff when I worked for the Legislative Analyst’s Office in the late ‘80s and early ‘90s. Later, I worked as a consultant for the Institute for Education Reform, a think-tank based in the state university system that Sue Burr and Gary established after he retired from the Senate. Gary remained a decades-long friend, frequently peppered me with tough questions about education policy and chartered schools until a few weeks before he passed, and was one of the most principled, humble, and decent persons I’ve ever had the pleasure to know.

We have all lost a great friend and leader. 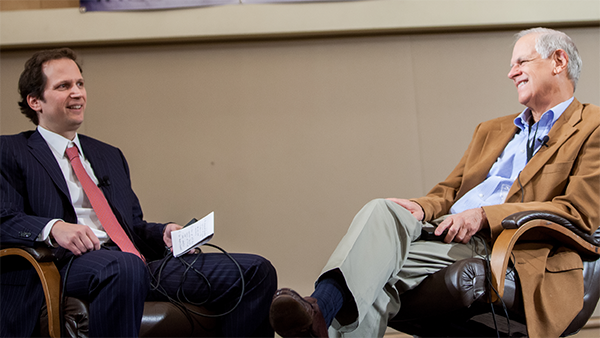 Gary K. Hart, former educator and legislator, passed away on January 27, 2022 at age 78 after a lengthy battle with pancreatic cancer. Hart was born in the middle of World War II and was raised by his mother in San Diego until his father returned from the South Pacific theatre when Gary was three years old. An only child, his two childhood passions were following the national news and playing competitive sports.

He was student body president of his junior high school in Santa Monica and his high school in Santa Barbara and was inspired by John F. Kennedy’s book, Profiles in Courage and JFK’s successful presidential campaign in 1960. Hart viewed politics and public service as noble endeavors and was intrigued at an early age by the possibility of some day running for office.

He graduated from Stanford with a history degree and attended the Harvard Graduate School of Education where he received a Master of Arts in Teaching degree. He taught high school social studies classes in Santa Barbara and at Kennedy High School in Sacramento where he founded an honors humanities program, PACE, that has had more than 2,000 graduates since its inception in 2003. Hart also taught government and education courses in numerous higher education settings: Tougaloo College (a Historically Black College in Mississippi), Santa Barbara City College, UCSB Extension and the California State University at Sacramento.

He had a life-long commitment to public education and felt our democracy could only thrive with a strong public education system where students from varied backgrounds could learn to work together and every student with quality instruction and hard work had opportunities to pursue their dreams and succeed.

Gary’s political career began in 1967-68 when he took a leave from teaching to work on the campaign staff of Senator Eugene McCarthy’s presidential campaign and Al Lowenstein’s successful Congressional campaign for Congress in New York. Both McCarthy and Lowenstein were strong opponents of the Vietnam War as was Hart. During these campaigns on the east coast, Gary met Cary Smith who was a college student and weekend campaign volunteer; they were married a year later at Cary’s family’s summer home on Martha’s Vineyard.

While teaching in Santa Barbara, Gary was elected as Santa Barbara County’s representative to the California State Assembly in 1974 where he served until 1982. In 1982 he successfully ran for the California State Senate where he served until 1994, representing a coastal district that included portions of Santa Barbara, Ventura and Los Angeles Counties. Gary could not have succeeded as a legislator without Cary who walked hundreds of precincts, attended countless campaign events and helped put together dozens of fundraisers—while at the same time being a Sacramento Kaiser pediatrician and the principal care giver for the Hart’s three daughters.

Hart was a productive state lawmaker authoring major legislation principally in the fields of education, the environment and women’s rights. His successful education legislation focused on increased funding for K-12 and higher education, teacher professional development, class size reduction, due process rights for students facing suspension or expulsion, higher academic standards for students and prospective teachers and education reform, including his landmark legislation in 1992 allowing for the creation of California public charter schools.

Concerning the environment, Hart was a member of one of the initial regional coastal commissions and made protecting California’s coast from offshore oil development and other threats a top priority while a member of the California Legislature. Consistently ranked among the top environmental legislators, Hart was the author of the California Solar Tax Credit, the first such legislation in the nation, and authored the first bond measure to protect wildlife habitat in California.

Hart always said much of his legislative success had to do with his dedicated and loyal staff who helped draft bills and provided wise strategic advice. He felt his ability to work closely with other legislators—including Republicans—was a key reason for his legislative successes especially when Republican governors Deukmejian and Wilson had the power to sign or veto bills.

Hart was a strong supporter of political reform but it was the one legislative area where he failed. His unsuccessful proposals included the establishment of public financing of political campaigns and initiative reform.

Hart was grateful to his constituents who re-elected him repeatedly even though a majority disagreed strongly with his voting against some “hot button” issues such as the death penalty, Three Strikes and a constitutional amendment banning the burning of the flag. He also was proud to be ranked by the California Journal’s survey of legislators, staffers and lobbyists as the legislator tops in integrity and received Common Cause’s special award for integrity based upon his “20 years of principled legislative leadership.”

Following his retirement from the legislature in 1994, he co-founded the California State University Institute for Education Reform that produced education policy papers and sponsored conferences on critical education research. In 1998 he was appointed Secretary of Education for Governor Gray Davis and helped develop Davis’s education agenda and successfully shepherded it through the legislature in 1999.

In retirement, Hart served on numerous boards including: The Public Policy Institute of California, the Cotsen Foundation for the Art of Teaching, the Campaign for College Opportunity and the Alder Graduate School of Education.

Gary and Cary Hart were married for 52 glorious years and are the proud parents of three accomplished daughters: Elissa Hart-Mahan, Katherine Hart and Laura Murray as well as six grandchildren: Lane and Elenor Mahan, Nora and Clara Dwyer and Jack and Hank Murray.